Want To Lose Weight? Eight Mistakes That Slow Down The Metabolism 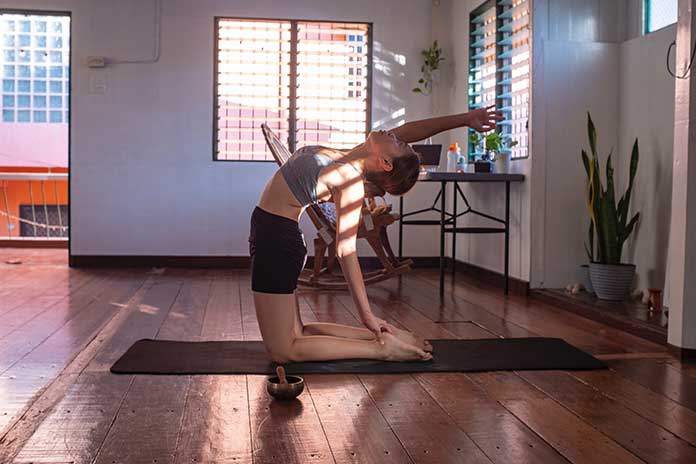 Many people who gain weight or cannot lose weight blame it on their slow metabolism. Although genetic predisposition and intestinal bacteria certainly play a role here, everyone can influence it with their lifestyle.

Although the word has gotten out that radical diets are bad, people still starve themselves with the weirdest weight loss programs. The problem is apparent: According to a study, if you reduce your calorie intake very much (to less than 1000 kcal) over a more extended period, your metabolism will go on the back burner. 1 So stagnation may set in after the first weight loss success because now the body consumes fewer calories to keep all systems running. The metabolism is thus slowed down.

Much worse: the nasty yo-yo effect. Anyone who starts eating “normally” after a radical diet, i.e. falls back into their usual eating habits, initially has a calorie surplus and thus quickly regains weight.

Many people are not hungry in the morning or don’t value breakfast and therefore skip it altogether. Some even deliberately skip breakfast to save calories. But this is precisely where the error lurks: As a study shows, the body burns significantly more calories if you skip dinner instead of breakfast. 2 It has also been shown that eating a generous breakfast, in particular, increases metabolism and burns even more calories throughout the day. 3 However, you should consume less in the evening.

Another study showed that if breakfast is skipped in a week, the higher the risk of developing type 2 diabetes. It is even higher if you do not eat breakfast four to five times a week on average.

Some studies show that gut bacteria impact whether you are overweight or not. 5 In the meantime, the intestinal bacteria of slim people can also be used in fat people and thus help them lose weight. But you don’t have to go that far. Fiber is one of the most critical components of food and can even reduce the risk of several diseases such as colon cancer and diabetes. 6 But not only that: They also help you lose weight by keeping the essential intestinal bacteria busy. Because intestinal bacteria play a crucial role in the digestive process, the immune system, and the entire body’s metabolism, however, if you eat a lot of highly processed foods like ready meals, candy, snack foods, and fast food, you probably have a fibre deficit. This mistake causes a slow metabolism. It is recommended to consume at least 25 to 30 grams of fiber per day.

Make no mistake: Alcohol is a toxin. When you consume alcohol, it needs to be eliminated from the body as quickly as possible. The liver, therefore, prioritizes alcohol breakdown instead of dedicating itself to fat and carbohydrates, for example. This slows down the sugar and fat metabolism. In the long term, this can lead to obesity.

A Too Little Exercise In Everyday Life

One of the biggest mistakes contributing to a slow metabolism is a lack of exercise. Anyone who drives to work in the morning, spends the whole day in the office and moves home in the evening and treats themselves to a nice dinner there before going to bed has too little exercise in everyday life. On the one hand, this slows down the metabolism. In addition, there is a high risk of consuming more calories than you have used at the end of the day. The weight gain is programmed.

Refrain from weight training Many people believe that endurance sports, in particular, are suitable for metabolism and thus help with weight loss. That’s partly true, but studies have shown that you burn more calories when you have more muscle. That means even if you’re sitting in the office or on the couch at home, the bigger your muscles, the more calories you’ll burn. So neglecting strength training is a mistake that can lead to a slow metabolism.

Another mistake that promotes a slow metabolism is monotony. People who train a lot know the phenomenon: the body gets used to the physical strain at some point. You can no longer feel any increase in performance or muscle growth. So you have to get a bit creative to give the body new impulses and thus lure the metabolism out of its “comfort zone”. So don’t always do the same exercises in the gym or run the same distance at the same pace day in and day out in the park. Try sprints, hill runs, or a whole new route instead. Or go swimming instead of running. It is a good idea to introduce new concepts such as pyramids, supersets, etc., to strength training in the gym. Try it out or take part in one of the many courses such as spinning or yoga. Crossfit is also a great way to re-stress the body and kick the metabolism – figuratively speaking – in the buttocks.

One factor that is often underestimated is sleep. Whether losing weight or productivity, if you don’t sleep enough and struggle through the day tiredly, you’re not just ruining the day. Critical metabolic and hormonal processes take place during sleep. So if you often sleep too little, you damage your health by slowing down and negatively influencing these metabolic processes.

Also Read: What Does A Healthy Diet Look Like?