Stay Active Even Without A Gym 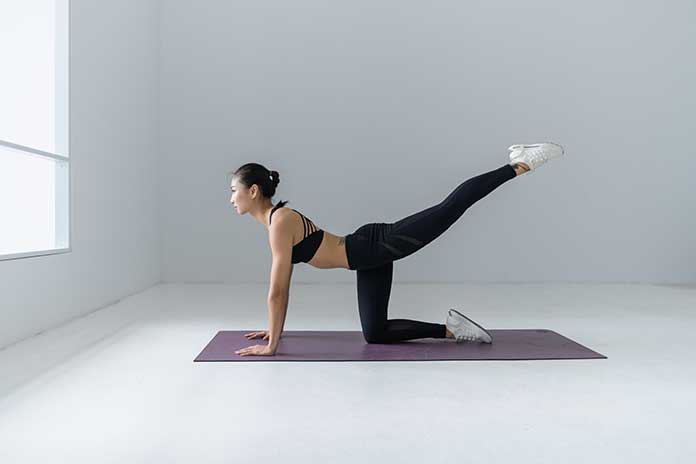 As a protective measure against the spread of the coronavirus, fitness studios and swimming pools are to be closed for the time being. Club training is prohibited. How do I stay fit? A sports expert knows what to do.

Training in a club? Not possible anymore. Gyms and Swimming Pools? Tight. The restrictions to contain the corona pandemic, which should apply from November 2nd until the end of the month, are also buffeted by recreational athletes.

But they can take countermeasures without much effort, explains sports scientist Ingo Froböse. And they should stay active – otherwise, there is a risk of withdrawal symptoms.

You can do sports, for example, within your own four walls. Training at home doesn’t take much more than a bit of space. “I advise using your own body as a training device, i.e. training with your body weight and using the large muscle groups,” says the professor from the German Sport University.

He recommends the following exercises: stand up on the calves, squats for the thighs and buttocks, torso bends and back extensions for the abdominal and back and push-ups for the upper arms and shoulders. “In my opinion that is the best combination. You can do these exercises until your muscles are exhausted.”

And dumbbells? “Always a bad choice for me,” says the expert, “because you can usually only train small muscle groups such as biceps and triceps with them.” You don’t have to buy dumbbells.

Recreational athletes should also think twice about purchasing an exercise bike such as a stationary bike, rowing machine or cross-trainer. After the initial enthusiasm, many people lack the motivation for the new device at some point, says Froböse. In contrast to a gym, they have no appointment, no training incentive and no like-minded people. The respective device is then often just standing around useless – and the expensive purchase hardly pays off.

Such devices are particularly suitable for endurance training. Training lazy people can outsmart their bastard by putting their device in front of the television. Doing sports while watching TV, you won’t get bored.

It doesn’t matter whether you’re doing push-ups, getting on the home trainer or jogging outside. Anything is better than completely pausing for the period of restrictions. “Reducing the workload is one thing, but a complete reduction to zero is the other,” says Froböse. “The body cannot bear the latter. For people who are used to training, it is like a withdrawal that can manifest itself in restlessness, sleep disorders and other consequences.”

In addition, performance dwindles when you take a long break from training, especially with highly trained athletes – muscle strength, in particular, is lost quickly, and endurance does not go quite as quickly, explains the expert. “That’s why you shouldn’t go down to zero when the gym closes or club training is no longer possible.”

Endurance Sports – It Doesn’t Matter In Which Form

What if the usual fitness course is cancelled for the time being due to a pandemic, and you want to keep your training quota at the same level? At least when it comes to endurance sports, there is good news: It doesn’t matter how. Froböse says: “The cardiovascular system doesn’t know whether I’m walking, cycling, swimming or jogging. It just knows: ‘My owner is on the way.'”

You can compensate for an endurance sport with any other sport, but you might have to adjust the length, says the sports scientist. “An example, from a caloric point of view: I use 600 to 800 calories in an intensive one-hour spinning class in the gym. Alternatively, I would have to run for around 60 to 75 minutes at five to six minutes per kilometer – relatively quickly – for roughly the same amount of calories to burn.”