Study: Those Who Drink Their Tea Hot Have A Higher Risk Of Cancer 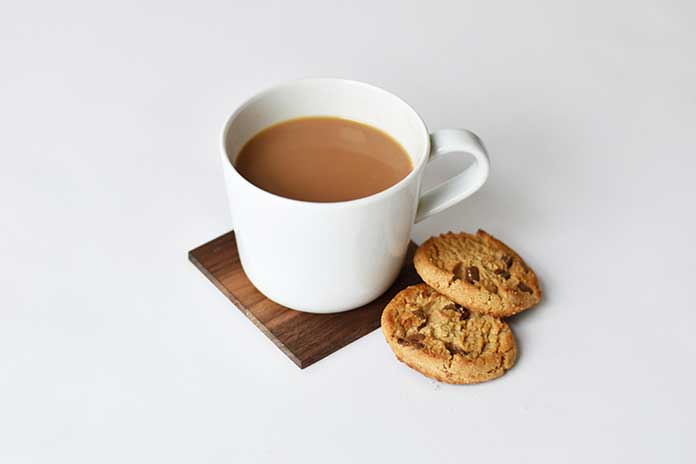 Attention tea drinkers: Under no circumstances should you drink the drink too hot. According to a recent study, hot tea consumption can damage the esophagus – and thus increase the risk of tumors in this area.

For the study, recently published in the International Journal of Cancer, researchers collected data from over 50,000 people aged 40 to 75 between 2004 and 2017.

The test persons all came from the northern Iranian province of Golestan. They were accompanied by scientists from the Tehran University of Medical Sciences for an average of around ten years.

The study collected information on tea consumption and education, income, and other dietary habits that could also influence cancer risk.

Boiling water destroys nutrients and flavor in the tea, but according to the study, if the tea is drunk after too short a cooling time, it can also increase the risk of esophageal cancer.

To find out what temperature the participants preferred when preparing tea, a research team member visited them in their homes and apartments. The subjects were then asked to pour two cups of tea each.

The temperature of the drink was recorded using a thermometer. When the tea had reached 75 degrees Celsius, the participants were to taste it for the first time. If they found the tea too hot, they were asked to drink it again at 70, 65 and 60 degrees.

This was used to test the drinking temperature at which the participants usually consumed their tea.

During the study period, 317 of the approximately 50,000 participants developed what is known as squamous cell carcinoma, one of the two most common types of esophageal cancer.

The researchers adjusted the data for influencing factors such as smoking or alcohol consumption – and found statistically clear connections between tea temperature and cancer risk. The risk of a tumor was greater the hotter the tea was drunk.

Compared with participants who drank their tea at a temperature of fewer than 60 degrees Celsius (and no more than 0.7 liters per day), cancer risk increased by 90 percent when more tea was drunk at a higher temperature.

However, the researchers emphasize that data could only show that consumers of hot tea were more likely to develop cancer – and not that it was the hot tea that caused the tumors.

Hot Tea Could Cause Inflammation

As a possible reason for the result, the researchers cite that hot temperatures could cause injuries to the esophagus.

These could cause inflammation that could alter the genetic material or contribute to the formation of carcinogenic substances.

Stephen Evans from the London School of Hygiene & Tropical Medicine confirmed the researchers’ assumption as a possible cause to ‘Spiegel Online’: “It is possible that the injury leads to cell changes and thus to cancer,”

WHO Has Been Warning Of Hot Drinks For Some Time

With the research focus of the study, the researchers are not pursuing an utterly new assumption: the World Health Organization (WHO) had already advised against drinking scorching drinks in 2016.

Coffee, cocoa or tea with a temperature of over 65 degrees were classified as “possibly carcinogenic” in this context.

The cancer information service of the German Cancer Research Center also warns against consumption: “The consumption of scorching drinks increases the risk of esophageal cancer,”

The current study results support this assessment with clear indications of a connection among many test persons.

Also Read: These 5 Types Of Tea Can Help You Lose Weight