HomeFITNESSNo Weight Loss Despite Exercise? According To A Study, This Could Be...
FITNESSWEIGHT LOSS

No Weight Loss Despite Exercise? According To A Study, This Could Be The Reason 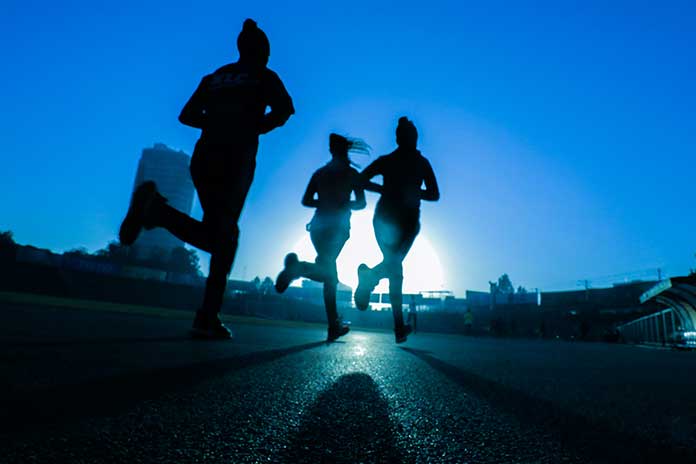 You run, train, swim – and yet the number on the scale doesn’t want to get any smaller? That can be pretty frustrating. A study shows what can be the reason if you don’t lose weight despite working out.

Sport is the optimal approach to fighting stubborn love handles; after all, the exercise burns many calories.

But after a few weeks, many people find that the pounds don’t go away despite regular exercise.

In some cases, the opposite happens, and you gain weight.

No Weight Loss Despite Exercise

A study published in the American Journal of Clinical Nutrition identifies a possible reason why body fat percentage doesn’t drop despite regular exercise.

As part of their study, the researchers examined 198 overweight adults over six months who had not exercised before the start of the study.

The data of the test subjects – including fitness level, weight, calorie requirement, feeling of hunger, and their eating habits – were first recorded in detail.

The participants were then divided into three different groups. The first two groups should integrate sports units into their everyday life to a specified extent.

The participants in the first groups had to do 90 minutes of intensive cardio training per week until they had burned around eight calories per kilogram of their body weight.

The second group had to work out a little more: they were supposed to get about 20 calories per kilogram of their weight. With around 1760 calories, this can take up to 210 minutes.

The third group had it the easiest: The participants did not have to increase their physical activity as the control group. All subjects were allowed to arrange all meals themselves.

After six months, the scientists collected the data again. The astonishing result: the test subjects had lost little or no weight at all despite exercising.

This phenomenon was even most significant in the group that completed the most training. Around 90 percent of the group had lost significantly less weight than would have been possible through the sport.

In the less active group, this was the case for 76 percent.

The main reason for the hardly changed body weight: an increased food intake, which can quickly destroy the weight gain.

Because although the people, apart from the sports units, did not increase their level of exercise in everyday life, they increased their food intake significantly. True to the motto: If you do sports, you can reward yourself with delicious food.

With this attitude, the first group consumed 90 calories a day. The group with a lot of exercises even consumed around 125 calories more.

To Lose Weight, The Whole Package Is Essential

The problem with this: To lose weight, you need a calorie deficit, which means you have to burn more calories than you eat. If you treat yourself to an extra-large portion after exercising, the positive effects of the training are gone.

“This increase accumulates over time and decreases the effect that calorie-burning exercise has on body weight,”

The study results show once again that if you want to lose weight, you not only have to do sports and exercise a lot but also pay attention to a healthy and balanced diet.

“If significant weight loss is the goal, it’s best to follow a healthy diet and exercise program.”

Even once the pounds are down, it is essential to maintain a healthy lifestyle – this is the only way to keep your desired weight in the long term.

Food Reeducation: How To Do It And Lose Weight In A Healthy Way