4 Foods That Give You Pimples 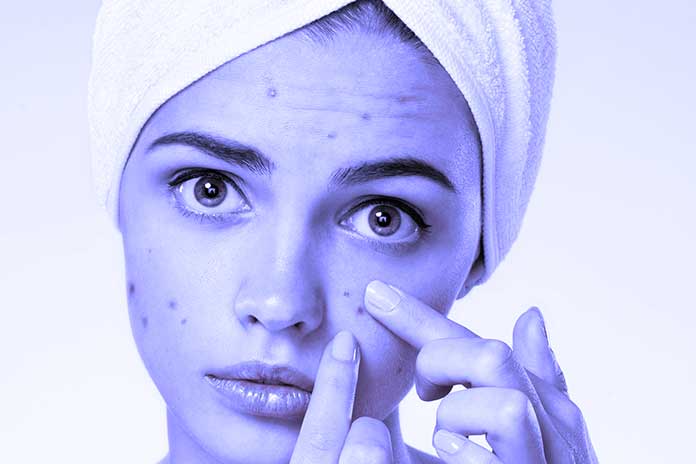 Knowing the foods that give pimples is a fundamental step for anyone who wants to leave their skin beautiful and healthy. Also known as acne, this condition is common and affects up to 10% of the world’s population. To avoid it, it is essential to always be aware of the skin’s signs.

The factors that usually contribute to the emergence of this condition are bacteria, hormones, excess sebum production, inflammation and blocked pores. Although the link between acne and diet is controversial, some studies show some foods that cause pimples.

Did you notice that your face is showing this picture? See our list of 4 foods that can be bad for your skin. Thus, you have more information and can consciously choose a part of your menu. Come on?

Generally, people with acne problems tend to consume more refined foods than people who have little or no pimples. Among the foods with this characteristic are:

According to the Journal of the European Academy of Dermatology and Venereology research, people who consume a lot of white sugar have a 30% chance of developing blackheads and whiteheads. Those who eat cakes and sweets less often have a 20% risk.

When consumed, refined carbohydrates are quickly absorbed into the bloodstream, raising blood sugar levels. To transport these sugars into cells, insulin levels also rise, inflaming the skin of those prone to pimples.

Insulin transforms active androgen hormones and potentiates growth factors. This is the development of blackheads and pimples on the face as the skin cells start to proliferate, increasing sebum production.

In another article from the European Academy of Dermatology and Venereology, researchers found that young adults who consume milk or ice cream are four times more likely to have pimples. This is because these foods increase insulin levels, making acne worse.

In addition, cow’s milk has amino acids that stimulate the liver to increase the production of IGF-1 (an essential protein in muscle development and growth), which has been linked to acne.

Although there is a lot of speculation about milk being among the foods that give pimples and blackheads, it is still unclear whether dairy, in general, plays a direct role in this. Therefore, it is essential to keep an eye on new research. After all, they can give us a direction to improve skincare.

In most cases, acne is related to a very Western-style diet, high in calories, refined carbohydrates and saturated fats. If you are part of this team, it is worth keeping an eye out; after all, the consumption of hamburgers, fries and sodas can intensify the appearance of acne.

A survey of nearly 5,000 Chinese teenagers and young adults found that high-fat diets increased pimple production by 43%. When there is excessive fast food intake, this rate increases the chances of acne by 17%.

There is still no data to prove that fast food is part of the foods that give pimples, as the research was based on respondents’ reports. However, some researchers claim that having these options on your menu can alter your hormone levels. So beware of excesses!

We couldn’t leave chocolate out to finish off our list of foods that cause acne. Despite being a delicious candy, it has been suspected of the formation of acne since the 1920s. However, there is still no consensus on the effects it causes on the health of our skin.

A recent study by The International Society of Dermatology found that men prone to this condition had an increase in lesions after consuming 25 grams of dark chocolate. In the survey, questions began to appear after two weeks of testing.

So far, no studies explain why chocolate can cause pimples. However, according to Dr. ìsisFiorelli, our dermatologist, some studies claim that this sweet increases the release of pro-inflammatory mediators (cytokines), which can worsen lesions.

Also Read: Do You Have Oily Skin? Here Are The Best Tips To Keep Oily Skin At Bay

11 Essential Vitamins For Your Body