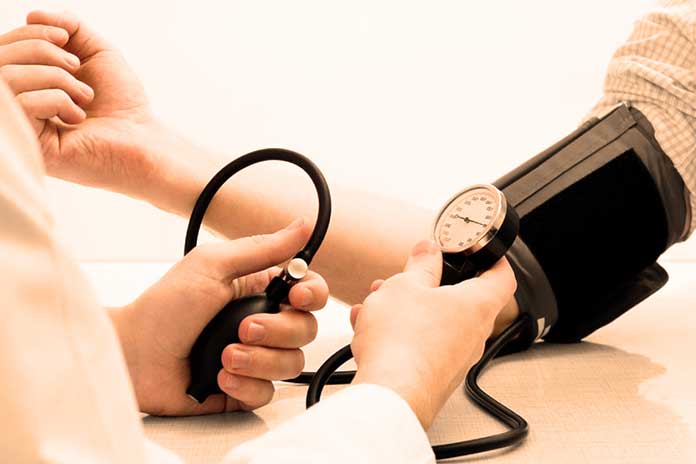 Often it doesn’t work without tablets. But people with high blood pressure can do a lot themselves to get their values ​​under control.

The heart pumps blood into the vascular system at around 60 to 80 beats per minute. Complicated hormone-controlled mechanisms regulate the heart’s activity and make the vessels wider or narrower accordingly. This ensures that all body tissues are always adequately supplied with blood. If necessary, the body regulates the blood pressure up or down – depending on your needs. Sometimes the organism does not succeed in keeping the values ​​in the normal range. Many factors can cause blood pressure to rise over time. The consequences are often dramatic because high blood pressure damages the blood vessels in the long term and promotes heart attacks, strokes and kidney damage.

High Blood Pressure Is Caused Mainly By An Unhealthy Lifestyle

“I call high blood pressure the silent killer because those affected do not notice it for a long time,”. A family history, particularly pregnancy or the use of the pill, are some examples of possible causes of high blood pressure. But mostly, other factors behind it can be traced back to the particular way of life. “With a few exceptions, high blood pressure can therefore also be influenced by general measures,”

The top priority is obesity, which leads to high blood pressure in most of those affected. In addition, many studies in the past have shown that if you have too much on your ribs, you can lower your blood pressure by reducing your weight. “The goal is not necessarily a body mass index between 20 and 25. This range is considered optimal, but we now know that values ​​between 25 and 27 are the better goal for people who lose their weight,”.

“One of the best-studied measures is also regular exercise. Blood pressure patients can particularly benefit from this,”. It is known that those affected who manage to do about 30 to 45 minutes of endurance sports at least three times a week can significantly reduce their values ​​in this way.

Training with a pulse of around two-thirds of the maximum heart rate (about 220 minus age) is best. A standard heart rate monitor is helpful for checking.

The choice of sport does not play a decisive role. Nordic walking, jogging, cycling or circuit training with strength exercises of moderate-intensity are considered particularly gentle and well-suited.

Necessary: Anyone who already has high blood pressure or other chronic illnesses, or is older than 35 years and has not done any sport for a long time, should be examined by a doctor before starting and advice on the appropriate amount of exercise.

Physical stress at work is not enough. Chinese scientists were able to prove this based on a comparative study of many international studies.

Lack Of Sleep Can Drive Blood Pressure Up

“Recreational exercise is also a great way to reduce stress,”. This is also one of the most critical risk factors for high blood pressure. Sometimes a lack of sleep can also drive up the values. “At night, blood pressure usually drops by around 15 percent while sleeping,”. The normal day-night rhythm gets mixed up, especially with shift workers and people who frequently cross time zones on a plane. As a result, increased blood pressure could then occur.

This makes it all the more important to take measures to reduce stress. “Although there are no reliable figures on this, we know that measures such as muscle relaxation according to Jacobson or autogenic training can have a positive effect on blood pressure,”

Influence Of Diet On Hypertension

It has long been known that diet has a tremendous influence on the cardiovascular system and confirmed by a study by Japanese researchers. According to this, vegetarians generally have lower blood pressure. The systolic values ​​of plant-based food connoisseurs are 6.9 millimetres of mercury (mmHg), the diastolic values ​​are 4.7 mmHg below the importance ​​of meat-eaters.

However, doctors do not necessarily recommend a general avoidance of meat. A healthy diet should be varied, with plenty of fruits, vegetables and whole grains. Red meat is considered unfavourable mainly because of its saturated fatty acids. Instead, fatty sea fish such as salmon or mackerel should be on the menu more often. They contain valuable omega-3 fatty acids.

Caution is advised with ready-made products and fast food: Such industrial foods not only contain too much fat and sugar but often also a great deal of salt. Table salt is essential for the body, but the hidden salts in finished products can quickly exceed the recommended daily intake of five to six grams. Too much consumption can drive blood pressure up. However, salt can easily be saved in everyday life, for example, by using fresh herbs for cooking as a substitute.

“High blood pressure patients, in particular, should avoid certain mineral waters with a high sodium content,”. Table salt is a chemical combination of sodium and chlorine. putting more fruit and vegetables on the menu: “These foods contain a lot of potassium, an antagonist of sodium, which lowers blood pressure.”

Caution also applies to alcohol consumption. “If you occasionally drink a glass of red wine with your meal, you don’t have to worry,” says the pharmacist. In general, medical professionals recommend drinking no more than two to three times a week, and then no more than 12 grams per day for women and a maximum of 24 grams per day for men. For comparison: half a litre of beer contains around 20 grams of alcohol. Those who permanently reduce their consumption to the recommended amounts can lower blood pressure. Finally, smoking cessation is one of the urgently needed measures for high blood pressure patients because nicotine increases blood pressure and damages the vascular system directly.

If you change your lifestyle in several areas, you can significantly reduce high blood pressure. If that is not enough, the doctor will prescribe antihypertensive substances. “Nowadays, there are many drugs available that are effective and at the same time well tolerated,”. A quick lowering is not advisable because it often causes discomfort. “The body is used to the increased pressure, which is why drug therapy must always be carried out in stages.

Patients must take the medication regularly. Only then can the permanent establishment of good blood pressure succeed. high-risk patients to always keep an eye on their values: “Every pharmacy offers the option of having blood pressure checked at any time without great effort.” The appeal is particularly true for men between the ages of 20 and 50, .”This is the risk group that unfortunately often escapes medical screening.”