HomeFITNESSBest Leg Exercises You Can Do At Home
FITNESS

Best Leg Exercises You Can Do At Home 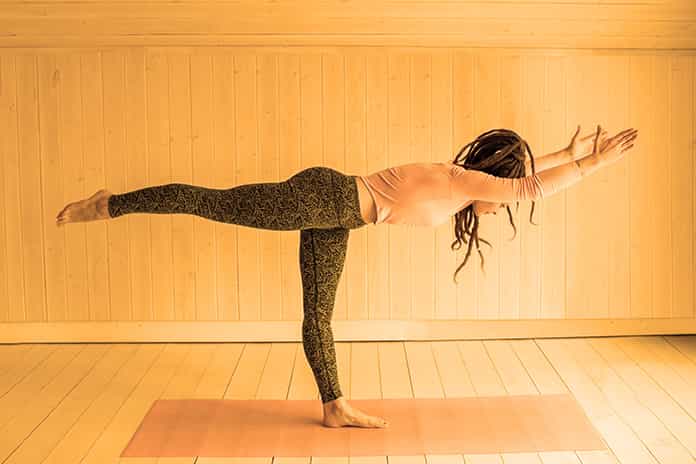 If you do not know where to start training your legs at home, then we present a practical guide that includes exercise routines for legs, utensils that facilitate this goal and some clarifications that we should not overlook when planning our leg training.

Remember that focusing the exercises on the legs brings the following benefits:

Muscled Legs ‘Yes or No’?

It is essential to know that variables such as the number of repetitions, the type of series, the weight of the loads, the breaks and what is perhaps the most decisive, the speed of execution of the exercise, will determine what type of transformation we cause in the leg muscles.

Thus, if we want to gain volume, we will work on hypertrophy, increasing maximum strength and muscle volume. On the other hand, in the program that we present today we opted to gain maximum strength progressively, but without taking excessive muscle volume, an extensive training -more constant- aimed at developing nerve factors (activation of more nerve and muscle fibres).

By alternating these exercise blocks (2-3 times per week) we will increase our relative leg strength (the ratio of the maximum strength we can do and how much we weigh), improve running economy and create a reserve of muscle fibres that will mobilize in the function of effort.

Weightless squat: It is the basic squat. With it you will increase the strength of the lower body.

Front squat: It is a variety of the common squat. The difference is that we will not place the bar on the trapezoid, on the shoulders, but we will place it on the wrists and the clavicle. This way, you will be working abdomen, lower body muscles and, above all, the glutes.

Isometric squat: The isometrics are to remain in a particular position for a period of time. Decide as if it were a regular squat, but keep the down position for a few seconds and then go up to the starting position normally.

Jump squat: We complicate squat training by introducing this variant. It involves performing the conventional squat by adding a jump just in the concentric phase.

Overhead squats: involves a squat with weight on the head, arms stretched in a V-shape and shoulders hunched over the head. The gluteus bears part of the burden of descent and ascent. It is advisable to master the normal squat before adding weight and launching with the overhead squats, which require more skill.

Also Read: The Diet You Must Follow To Combat Against Cellulite

Also called lunges or strides, lunges are an exercise similar to squats, but one that encompasses a greater range of motion.

They are aimed at working the upper glutes, the hamstrings (muscles located behind the thigh), the hip flexors and the quadriceps (muscles of the front of the thigh). To a lesser extent, it is also an exercise that will allow you to work your calves, abs and back, although it is not its main objective.

Including lunges in your daily routine has multiple advantages, such as toning several muscle groups at once, as well as resistance, balance and coordination training.

You will have to stand upright, with your back straight and stride forward while the other leg descends, reaching with the knee almost to the ground. The striding leg must maintain a 90-degree angle during the descent.

Side lunges: Instead of taking the stride forward, we will take it to one side and descend while making the lateral step. It is important to keep the back straight and incorporated forward so that the exercise is carried out correctly.

Reverse or reverse lunges: In this type, we will forget the stride forward and what we will do is bring the leg back. Now the angulations are different and you will work quadriceps, glutes, hamstrings and different muscle groups than in the traditional lunge.

Static Dumbbell Lunges: With a dumbbell in each hand, standing and with a straight back, bring one leg forward and descend down supporting the knee of the other leg. The leading leg should be at a 90-degree angle when the descent occurs. Return to the starting position and repeat with the opposite leg.

Walking lunges: It would be a standard lunge, but instead of returning to the starting position after the descent, we would directly lift and execute the lunge with the opposite leg thus advancing forward.

Lunge with support: You can use TRX, bench, chair or whatever you want. Basically, you will have to support the leg on the counter and lower the knee of the supporting leg while the other flexes at a right angle during the descent. Ascend. Repeat several times with each leg.

Also Read: The Importance Of Giving Your Body The Vitamin D

We are going to focus our attention on the inner thighs. We propose a table focused on this part of the body, which contains simple exercises that can be practised at home.

Buttocks drop with jumps: It is necessary to open the legs at hip level with a jump and bend the knees until the thighs and calves form an angle of 90 ºC. From that position, another jump must be taken to bring the legs and feet together again, and repeat 15 times. Ideally, in the last one, hold on with your legs bent for a few seconds.

Raise and lower leg with flexion of the other: To perform this exercise, you must place yourself on the floor on one leg, without resting the lower trunk but supporting yourself with your elbow. The leg that is above must be flexed so that the sole of the foot is fully supported. Starting from this position, the lower leg must be raised and lowered to the ground, noting the pressure on the inner thighs.

Short ups and downs: The position is that of the previous exercise, but instead of making longer ups and downs of the lower leg, you should keep it in the air and make shorter movements.

Movement with flexion: The same position can be used to do another exercise. Instead of going up and down to and from the ground, the lower leg should be flexed, directing it to the upper body.

Up and down in two movements: Maintaining the same position, instead of making continuous ascents and descents to the ground, it is a matter of doing it in two movements.

Forward and backwards: These seconds should be dedicated to bringing the same leg, the one that is down, forward and back, parallel to the ground. So it is not a matter of going up and down.

On tiptoe: The starting position is standing upright. Place your arms in front of your chest and begin to climb on your toes, standing on tiptoe, then return to load the weight on your heels and slightly raise the tips. Replays should be fast.

Lace on weight: The dynamics are similar to that of the previous exercise, but the difference is made by the extra load. You can use a backpack with full bottles, for example, so that it increases significantly. Try at first with little and increase it later.

Footsteps with weight: Maintaining the load, the idea is to take steps forward and back without supporting the heels, on tiptoe.

You can do two series with 20 seconds duration for each exercise, with small intermediate breaks to download.

Press, squat (or front squat), deadlift, and hip-thrust should be the main exercises with weights.

As a complement, we can use other more specific knee flexion and extension secondaries (quadriceps and femoral/ischial machines), for example.

With these exercises as a starting point we can draw two models of routines:

Also Read: Did You Know That Milk Helps Decrease Tiredness And Fatigue?

What To Eat Before Functional Training? Discover The Options!