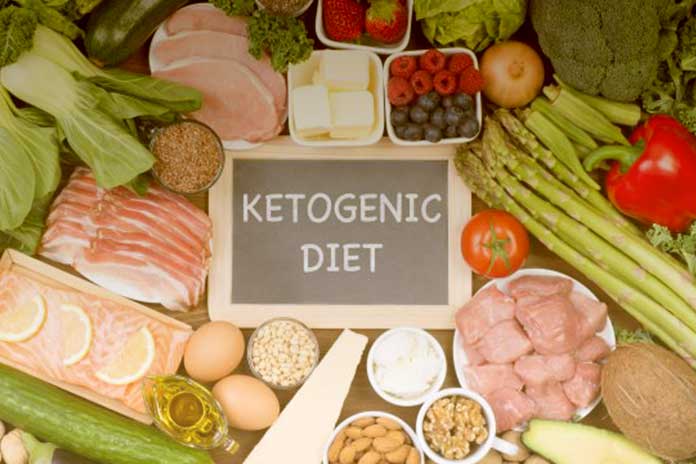 Is your ketogenic diet not working anymore?

The ketogenic diet is an extremely low-carb, high-fat diet that is growing in popularity.

Research has shown that the ketogenic diet helps you lose weight while curbing appetite and lowering cholesterol.

However, switching to a ketogenic diet requires some adjustments. Of course, you want to avoid unnecessary errors and save time.

Do you want to start a ketogenic diet? Then avoid making the common mistakes in this article when transitioning to the ketogenic diet so the transition goes as smoothly as possible.

Mistake #1: Your Ketogenic Diet Isn’t Working Anymore? – You Eat Too Many Carbohydrates

Restricting carbohydrate intake drastically is essential for reaching the state of ketosis. Ketosis is the metabolic state in which the body burns fat as its primary fuel instead of carbohydrates.

One should consume 20-50 grams of carbs per day to achieve and maintain ketosis. Some people are not very strict with their carbohydrates, which means they never reach the state of ketosis and lose weight more slowly. However, to maximize your weight loss, keeping your carbohydrate intake to a minimum is necessary.

Mistake #2: Your Protein Intake Is Too High

Just as important as restricting carbohydrates is reducing your protein intake. Protein has a negligible effect on insulin production. Although this effect is significantly less than that of carbohydrates, high protein intake can still disrupt the production of ketones in the liver. The body can turn excess protein into blood sugar when it can no longer get energy from carbohydrates. However, this is not desirable because you will leave the state of ketosis and have less effect with the keto diet.

Mistake #3: You Haven’t Reached Ketosis (Yet)

Getting your body into the metabolic state of ketosis is no easy matter. I keep noticing that people underestimate this point. They think they can get into ketosis in no time by simply skipping a high-carb meal. Unfortunately, it’s not that simple.

As a result, many people believe that they have already reached the state of ketosis and become frustrated when they don’t get the expected results.

Most people get most of their calories from carbohydrate-rich foods, especially sugar and grains. If you decide to go on a ketogenic diet, you need to replace these foods with (mainly) high-fat foods.

However, some people fall into the misconception that not only should carbohydrates be restricted, but fats as well. However, this is a grave mistake because if you don’t absorb enough fat, you won’t be able to lose weight.

Mistake #5: You Eat The Wrong Kind Of Fat

Eating more fat is not enough; you should also eat the right fats to get into ketosis.

Above all, vegetable oils should be avoided. Vegetable oil usually contains many omega-6 fatty acids, which are pro-inflammatory.

Mistake #6: Your Ketogenic Diet Isn’t Working Anymore? – You Take In Too Few Calories

You should eat fewer calories if you want to lose weight, but if you eat too few calories, you will achieve the opposite. If you restrict your calorie intake too drastically, your metabolism will begin to plummet after a few days.

When the body takes in far fewer calories than it burns, it will go into starvation mode. This is done so that the precious energy (stored in body fat) can be used as efficiently as possible. This can lead to losing very little weight.

Lack of sleep can also affect weight. It can even mean that you hardly lose weight during the ketogenic diet. People often only think about diet and exercise, but the amount of sleep per night is also an essential factor that should not be underestimated.

Research has found that lack of sleep increases ghrelin levels . This ‘hunger hormone’ is responsible, among other things, for stimulating appetite. A 2012 study found that women who sleep at least 7 hours a night are 33% more likely to lose weight successfully.

Mistake #8: You Give Up Too Easily

The body will always prefer carbohydrates as its primary source of energy. So as long as carbohydrates are available, the body will not switch to burning fat. That won’t happen until you drastically reduce your carbohydrate intake. Then the body will tap into alternative energy sources, namely ketones. This means that the body burns fatty acids (ketones) instead of carbohydrates (glycogen in the liver and glucose in the blood) for energy.

Also Read: The Importance Of Having A Healthy Diet