HomeFITNESSMagnesium: A Mineral Essential To Life AND Athletes
FITNESSHEALTH & WELLNESS

Magnesium: A Mineral Essential To Life AND Athletes 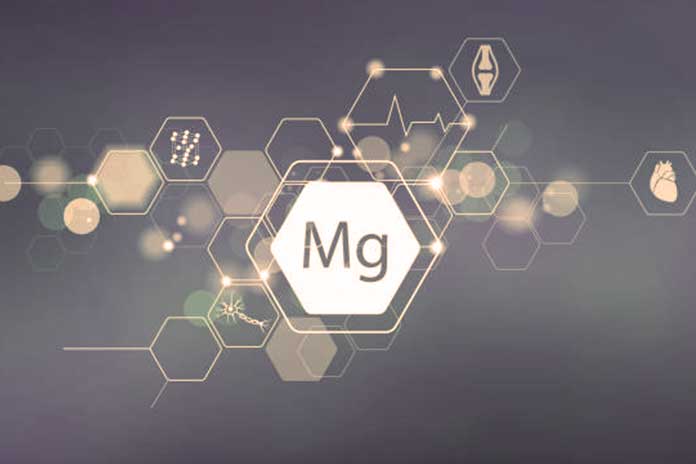 Magnesium is one of the most talked-about topics regarding nutrition or vitamins and minerals. It is no coincidence either since it is the most deficient mineral if we are to believe most of the published scientific studies.

Indeed, magnesium is one of the most sensitive subjects of micro nutrition for sedentary people, but even more so for athletes. The stereotypes about “anti-stress” magnesium that have been conveyed by a few nutritionists or pharmacists who are a little too reductive and too ill-informed only very poorly reflect the reality of the facts about this mineral.

The result is a lack of serious information on this mineral which, between calcium and phosphorus, represents one of the most abundant electrolytes in your body. Electrolytes are simple elements (like some minerals) with a positive or negative charge; they are ions.

Magnesium nutritional requirements vary from 300 to 400 mg per day; a quota rarely reached in most individuals, sedentary or athletic. A 70 kg adult stores between 21 and 28 g of magnesium, half of which is in the bones. The other half is inside the cells. Outside the cellular environment (approximately 0.3%), magnesium is found in free form, bound to enzymes or electrolyte complexes.

If we talk to you about magnesium in terms of deficiency, the general public is, however, little informed of the multiple roles that this mineral must assume in our body.

Indeed, magnesium is much more than an “anti-stress.” However, elevated neuronal arousal associated with an increase in blood pressure results from a severe magnesium deficiency. Still, these symptoms only betray deeper concerns as this electrolyte intervenes in multiple metabolisms.

However, it is not too difficult to meet your magnesium needs if your diet includes green vegetables, nuts, cereals, or cocoa. However, supplementation is often advisable. In this case, the complementary nutritional contributions can vary between 150 to 300 mg per day.

The recommended forms of magnesium are preferably citrate, bisglycinate or glycerophosphate, or even magnesium threonate to act on the cognitive sphere.

On the other hand, magnesium oxide and chloride should be avoided because they are poorly assimilated. High consumption could lead to gastrointestinal upset and diarrhea.

Magnesium Is Essential For Releasing And Managing Energy, Creatine, And Glycolysis

The effects of magnesium are particularly numerous, and we will not have the space to list them all here.

Let’s stick to the basics. Among the most general effects of magnesium, we can say that it is involved in glucose metabolism, insulin sensitivity, and, incidentally, blood glucose levels. It is a criterion to be taken into account by people with diabetes and those who care about their health and energy daily.

In this regard, magnesium is necessary for activating an enzyme well known to bodybuilders, i.e., creatine kinase. This enzyme intervenes in the Turn over of creatine and ATP (provided that magnesium is present). In addition, ATP itself binds to a magnesium atom to be preserved from premature degradation (a fact known to any biochemist).

In other words, magnesium preserves cellular energy and promotes its development through enzymes. This necessary action of magnesium also continues beyond the recycling of ATP with glycolysis and energy synthesis in the mitochondria.

In other words, without magnesium, our muscles and heart would be unable to synthesize energy. This is a fact that should be kept in mind by any strength or endurance athlete. And if we talk about enzymes, it should also be remembered that magnesium is involved in the work of more than 300 of them as a cofactor.

Magnesium is also involved in sleep and nighttime recovery. Through biochemical mechanisms beyond the scope of this article, magnesium plays a role in sleep quality.

As a supplement before bedtime, magnesium provides a light and valuable sedative effect for sedentary people, but even more so for athletes.

It is precisely on this principle that ZMA works for athletes. It is a supplement based on zinc and magnesium aspartate (with vitamin B6), taken in the evening at bedtime. Zinc and magnesium form an excellent synergy of effects.

Zinc is a trace element that participates in the optimal release of testosterone. As such, magnesium is equally essential for normal testosterone synthesis in men.

Magnesium sulfate supplementation five times/week for one month has increased testosterone by 104-118% in athletically active, healthy subjects*. Total and active testosterone had shown an increase.

This optimization of hormonal metabolism would be mainly due to the regulatory effect of CYP enzymes that metabolize cholesterol into androgen by magnesium to better control the globulin (protein) linked to testosterone, SHBG.

In summary, magnesium is good for energy, your heart, your blood pressure, your sleep (and post-exercise recovery), and for promoting a harmonious hormone release and favorable to muscle growth over the long term. These are proven facts that are of interest to strength and bodybuilding athletes in particular…

Also Read: How Long Does A Cold Last? You Should Know These Five Facts