How Does Pollution Affect Hair, Skin And Other Parts Of The Body? 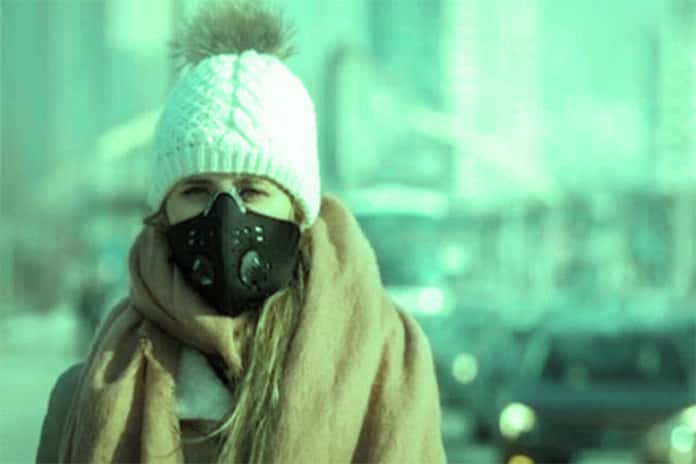 Although we all know the harmful effects of pollution on our health, we almost always refer to how it damages the state of the lungs, since they really are the most punished when inhaling toxic substances mixed with air.

However, they are not the only organs that suffer the damage caused by the increasingly deteriorated air we breathe. Skin, Hair and heart are also very sensitive aspects of our health to the high levels of pollution in the environment. Specifically, it increases the risk of developing acne, eczema, hair loss, and even more serious diseases, such as heart attacks.

We analyze the effects of pollution on the condition of the skin, hair and cardiovascular health.

Consequences Of Contamination On The Skin

In the air, we find polluting particles that can affect the state of the skin. They are between them:

These particles can cause the deterioration of the skin barrier, as well as other skin alterations that cause its oxidation and, consequently, other added effects :

Likewise, if this skin protection is damaged, it may favour the appearance of allergy symptoms.

Best Dermatologists explains that “the skin acts as a natural barrier against external agents, a function that is increasingly weaker and exposes it to allergic conditions.”

Be Careful With Sensitive And Atopic Skin!

Our dermatologist highlights that “they are the most vulnerable to contaminating effects and decreased humidity.” Due to their own tendency to redness and dryness, they may develop other dermatological problems after a period of time, such as:

It is another of the main ones affected by the pollution since exposure to a high concentration of pollutants can cause inflammation or irritation of the scalp. The latter may be accompanied by flaking or flaky skin, which facilitates the appearance of dermatitis or dandruff.

It should be noted that one of the most important factors in hair health is the immune system, which is also influenced by contamination. Our dermatologist points out that “the immune system is made up of a vital network of cells and organs that protect the body from infections that cause pathologies, and its alteration can cause a type of autoimmune alopecia .”

Fortunately, there are medical treatments prescribed by a specialist in Trichology that offer improvements in the evolution of baldness, and also favour tissue or tissue regeneration and an increase in the hair follicle.

Pollution, increasingly present in the air, water and food, means that there is an increased risk of cardiovascular problems, especially during anticyclonic seasons when it does not rain and the climate is more stable. These weather conditions prevent the circulation of contaminated external particles, causing a greater concentration of these in the air.

Consequently, this situation favours the appearance of:

Some experts warn us that “all these factors may be the origin of a greater number of myocardial infarctions, arrhythmias and cerebrovascular infarcts “

Finally, our cardiologist adds another possible consequence: “A high exposure to environmental contamination benefits the rapid progression of the arteriosclerotic disease, which causes a greater accumulation of fat in the main arteries.”

Who Are The Most Affected?

High levels of pollution in the city harm more people with these characteristics :

Cardiovascular problems or those at risk, for example, people with diabetes

If we are in these risk groups, it is preferable to reduce exits to the street as much as possible or avoid exposure to polluting particles on days when high levels of contamination are expected.

Also Read: How Does Cold Affect Our Health?