Cancer: What Is It, Symptoms, Treatment And Prevention 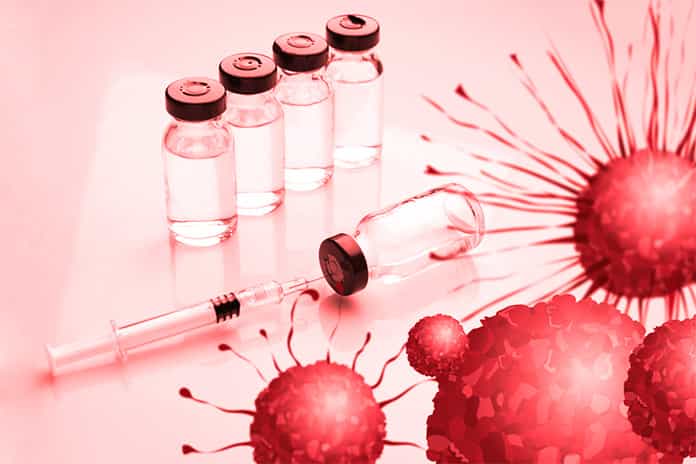 According to the World Health Organization (WHO), cancer is a process of uncontrolled growth and spread of cells that can appear almost anywhere in the body. The tumour usually invades the surrounding tissue and can metastasize to distant points in the body.

Cancer is one of the main causes of death worldwide and with the passage of time an increase in its cases is predicted. But although the risk of developing cancer has increased, according to the Society of Medical Oncology, the risk of cancer mortality in our country has been decreasing considerably in the last two decades. According to their data, around 50% of patients diagnosed with cancer in Spain live for more than 5 years.

Therefore we have prepared this article with the aim of providing information about the disease and sharing some recommendations for its prevention. Many types of cancer could be prevented by avoiding exposure to common risk factors such as tobacco smoke. Regarding the hope of a cure, a significant percentage of cancers can be cured by surgery, radiotherapy or chemotherapy, especially if they are detected at an early stage.

We call cancer a group of related diseases whose main characteristic is that some cells in the body begin to divide and proliferate without stopping and without control. It can appear in almost any part of the body and can metastasize to different points of the body if it is not diagnosed early and properly treated.

Cancer is a genetic disease, so it is caused by changes in the genes that control the way our cells work, especially in terms of growth and division. Therefore, a significant percentage of cancers are hereditary. Others are due to environmental exposures that can damage our DNA, such as the consumption of certain substances.

Still, others are the result of errors that occur when cells divide. If anything, each person’s cancer has a unique combination of genetic changes. Later in this article, we expand on these causes.

Some cancers can form tumours. This typically occurs in cancers of blood origin. This does not mean that all tumours are malignant or cancerous. There are tumours that grow at a slow rate, that does not spread or infiltrate neighbouring tissues, these tumours are considered benign.

There are several types of cancer, depending mainly on the area of ​​the body where it originates or the type of cell. It should be noted that the behaviour, prognosis and treatment of various types of cancer, even within the different evolutionary stages of the same tumour, are highly variable.

The manifestations and symptoms derived from a tumour can be very varied, from a fast-growing lump, going through a cough or digestive bleeding. Also, it is important to remember that the vast majority of these symptoms are common in other milder diseases in general. Therefore, depending on the symptoms, a certain type of test will be carried out to make the diagnosis.

Below we talk about the different types of cancer and their symptoms.

Also Read: How Does Cold Affect Our Health?

Where Does Cancer Come From?

As we have already seen, there are many different types of cancer. It can appear in almost any organ or tissue, such as the lung, colon, breasts, skin, bones, or in nervous tissue.

In addition to the genetic component that we already discussed at the beginning of the article, as external agents we can mention other causes:

However, answering this question about where does cancer come from? not always possible. The cause of many cancers remains unknown.

What Is The Most Aggressive Cancer?

You have to be very cautious when answering the question about which cancer is the most aggressive. As we have seen, all cancers are dangerous and their evolution depends on each case and person. Although research has succeeded in overcoming and eliminating damaged cells in some types of cancer more easily than in others, resistance to treatments and the possibility of metastasis makes the fight against this disease difficult on many other occasions.

According to the World Health Organization (WHO), the types of cancer that lead to higher mortality are lung, liver, stomach, colon and breast cancer. But it is important to understand this consideration when attending to the number of cases.

The same happens with the prostate in the case of men. Its high frequency in both cases makes the mortality rate high.

How To Prevent Cancer

The International Agency for Research against Cancer (IARC) is the delegation of the World Health Organization (WHO) specialized in this disease. This is in charge of launching the European Code against Cancer that contains twelve tips on how to prevent cancer and adopt healthy lifestyle habits to stop its appearance.

European scientists and specialists in the fight against cancer have participated in this code, highlighting the importance of avoiding tobacco, alcohol and excessive exposure to the sun. Take good note of all of them:

Especially to fulfil the last two points, we recommend having medical coverage for you and yours. So you can enjoy the peace of mind that good health insurance gives you, in which all the prevention and care needs of your health are covered, as well as those of those you love most.

Nowadays, results of multiple drugs targeting the immune system continue to be presented, with the aim of increasing their effectiveness in the fight against cancer. Drugs like nivolumab, pembrolizumab or MPDL3280A, etc. have shown efficacy in tumours such as melanoma, bladder or kidney cancer.

The works on urological tumours (kidney and bladder) are more preliminary and do not change the current standard of treatment, but in the case of melanoma they are already a reality and the combinations of nivolumab and ipilimumab are used in the treatment of advanced melanoma.

Lastly, it should be noted that multiple works focused on the search for biomarkers (a substance used as an indicator of a biological state, pathogenic state or response to treatment) and specific molecular alterations that allow the selection of patients and treatment continue to be reported. more individualized.

Also Read: How Does Pollution Affect Hair, Skin And Other Parts Of The Body?