Main Diets And Discover What They Can Cause In Your Body 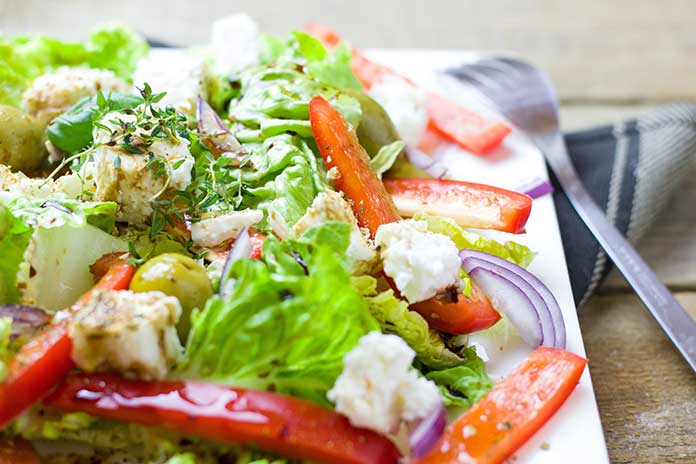 The diet refers to the set of food components that we must consume to ensure our nutritional balance. This word comes from the Greek digital, which means “way of life”.

With this definition, we can understand that diet relates to habits and choices.

However, over time, it came to be used to define dietary regimens with a single goal: weight loss and improved health and self-esteem.

This is where fad diets start to emerge. There are so many terminologies and promises that, at first contact, many believe to be the solution that was missing from our lives.

But is it so? Let’s answer that question by signaling what fad diets have been promising and what’s behind each of them.

It is based on caloric restriction combined with foods that stimulate sirtuin, the enzyme responsible for longevity.

Despite its fame, the model of this diet is still under study, and there is no scientific basis for its actual functionality. Just like other fad diets, it promises fast weight loss.

Its “schedule” is based on 3 phases that last approximately seven days. In the first one, you are allowed to eat 1000 calories a day.

The person starts ingesting foods that activate sirtuin, such as wine, chocolate, cabbage, strawberry, olive oil, and oilseeds, among others.

During the slimming process, you can repeat the first two phases whenever you want.

Disadvantages Of The SirtFood Diet

The SirtFood diet has an identical calorie indication for everyone, especially in the first phase.

As we have different metabolic processes, weight loss will not always be the same.

Adjustments to calorie counting goals should be combined with other factors, such as exercise.

Starting this diet without medical supervision can lead to decreased metabolism and nutritional deficiencies.

Another point is that in the main phases of the diet, there are many food restrictions.

The Low Carb diet is focused on decreasing the intake of carbohydrates such as pasta, bread and sugars.

Due to the significant decrease in this nutrient, the body uses fat to provide energy, promoting weight loss.

At Low Carb, you can even consume some carbohydrate sources, such as vegetables, fruits and grains, but in a limited way.

Due to the significant decrease in nutrients, the body uses localized fat to provide energy.

Carbohydrates are the nutrients absorbed most quickly by the body.

When you avoid this type of food, it is common to feel fuller, which allows you to lose measurements in a few weeks.

Low Carb can also lower your blood sugar as you reduce your intake of carbohydrates and sugars.

In the same way, it helps to regulate triglyceride levels that, in excess, cause cardiovascular problems.

Disadvantages Of The Low Carb Diet

One of the downsides of Low carbs is that they can cause constipation, as much fiber is present in fruits, vegetables, and whole grains.

In addition to being uncomfortable, it can cause fatigue, headaches and even a bad mood.

Lack of energy can be familiar to dieters.

For those who practice physical activities, this can be a significant inconvenience.

Cardiologist Robert Atkins developed it in the 1970s. It is divided into 4 phases determining the maximum amount of carbohydrates consumed.

In the first one, the carbohydrate limit is 20g per day, equivalent to 2 medium-sized bananas, for example.

Eating foods rich in protein and fat, such as cheese, eggs and meat, is allowed.

In the second phase, carbohydrate consumption gradually increases, about 5g per day (up to a limit of 50g).

During this period, eating other dairy products, low-carb fruits, and vegetables is already possible.

In the third stage, carbohydrate consumption can be up to 80g daily.

It is allowed to eat cassava, rice, potatoes and grains.

The last stage is focused on maintaining the results achieved in the third stage.

Due to the difficulty of maintaining the desired weight, many people return to the first phase.

With this diet, it is possible to maintain the feeling of satiety for longer.

Also, you can eat a lot of food as long as the restrictions are respected.

Disadvantages Of The Atkins Diet

Despite the rapid weight loss, this diet implies the loss of lean mass due to the restriction of nutrients responsible for muscle building. In addition, it can cause dizziness, weakness, malaise and constipation.

The entire philosophy and technique behind this diet are in the Dukan Diet book, written by the specialist.

According to its creator, this diet consists of losing 5 kilos in the first week.

It has four well-defined stages to be followed, and the last stage has no set deadline to complete.

The first, called attack, consists of the ingestion of low-fat proteins, such as chicken, fish, and eggs, among others.

During the first week, vegetables, fruits and other foods are not included on the menu.

In the second week, the amount of protein decreases, and it is already possible to add vegetables, fruits and carbohydrates to the dishes. The proportions are determined by the objectives and results achieved to date.

The third stage is consolidation, a period that lasts ten days per kilo lost.

If the person has lost five kilos, for example, they will eat for 50 days in a controlled manner.

Disadvantages Of The Dukan Diet

Due to nutrient restriction and excess protein, the Dukan Diet can cause constipation, tiredness, dizziness and kidney overload. Mineral deficiency is another problem caused by it.

Another disadvantage is that being very restrictive at the beginning, Dukan can generate the dreaded “accordion effect” at the end, causing the person to gain weight again.

Also Read: The Importance Of Having A Healthy Diet